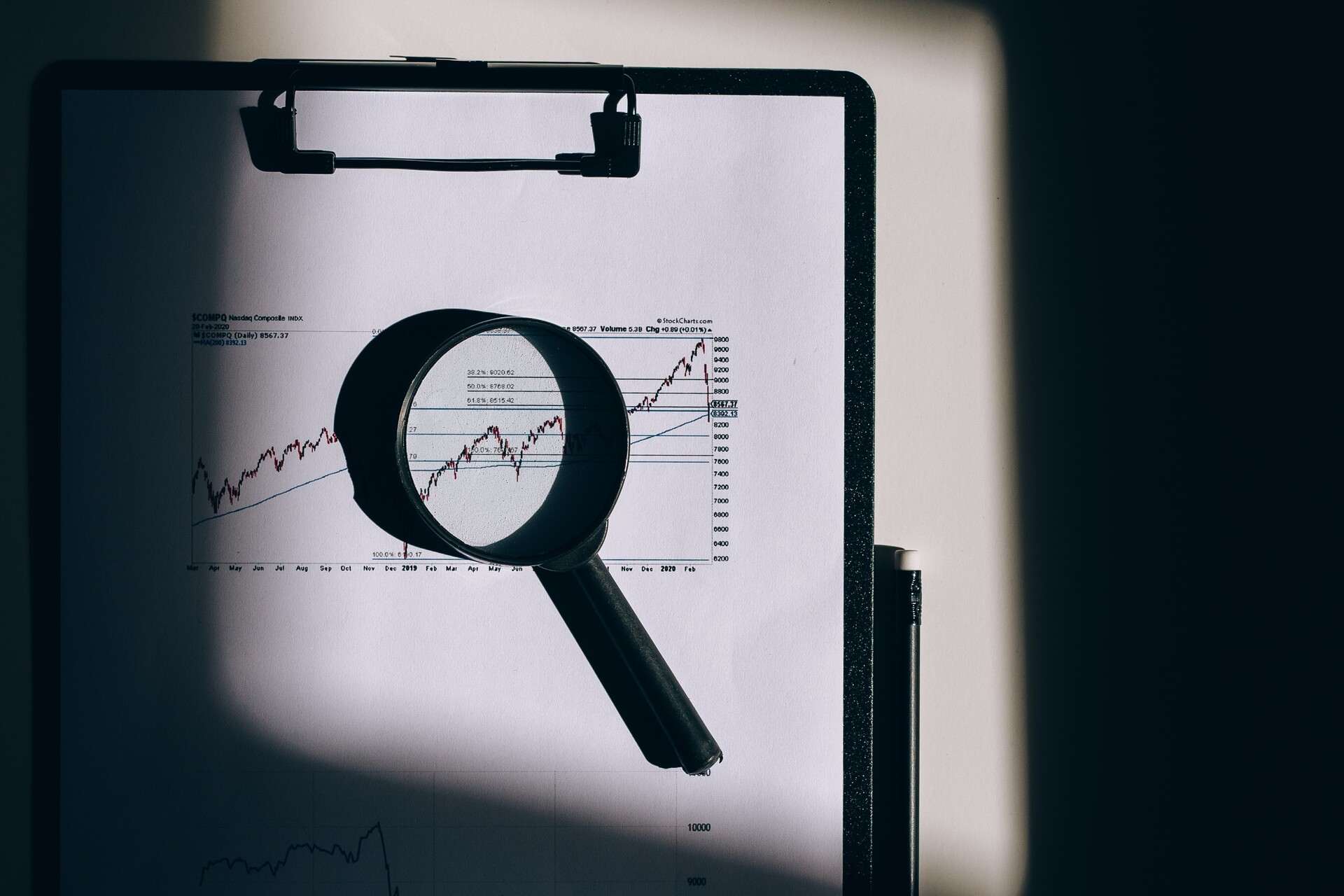 I’m not going to bore you with another diatribe of how the market looks extended and expensive and disconnected from valuations. I’ve done that and the market hasn’t cared so far, marching ever higher. I am concerned and a good way to allay this is to ‘buy insurance’ and get that out the way.

Also, the blasted ‘rising wedge’ is so infamous and has cost me money in the past. I had to throw in this one for good measure:

While the bulls and bears battle out the wedge, instead this week, I will share some relative macro ideas which are worth watching. I don’t have the answers, but these are some of the questions I am asking myself.

Regular readers will know that I am cautious. I prefer to sleep well at night and to do so, I prefer a sizable buffer in my personal portfolio. This comfort has been expensive over the last year or so. I had actively taken risk off the table in my asset allocation and have kept it that way.

It wasn’t because I didn’t think markets could go higher more than I didn’t know how and why they would. Hindsight is 20/20. My asset allocation was and is very cautious and has meant that I have left a lot of ‘money on the table’. That’s fine. The market will always be there and there will always be a bigger fish.

But more importantly, while managing money is about absolute returns, its also about managing your risk on a relative basis. Why is this important?

Well, when everything looks crazy and expensive, you either sit it out completely or you look to add relative value by playing off assets which look expensive against assets which look ‘less’ expensive. This is easier said than done in a world where correlations have eroded, and old models are being questioned. That’s the beauty of markets. It’s the puzzle that keeps changing.

There is much ink spilled on how US markets are extended. Emerging markets have paled in comparison. In fact, the last decade has seen the steady march of the developed markets ahead of languishing EM’s. This is counterintuitive in that EM’s should exhibit higher growth rates, have better demographics, etc.

But sometimes, valuations are low because structural reasons keep them low. The risk premium priced into EM stocks has remained higher while being almost perversely absent in developed markets.

On a technical basis, this ratio of the MSCI World vs. the Emerging markets appears stretched and likely to correct in the short term as has been the case over the last few weeks. That said, how deep a correction remains a mystery. If commodities continue to lurch higher (we’ve seen some corrections of late) that may support select EM’s and play into a the trend above?

What about the debt?

The point of this blog is to educate and widen the horizons of all our thinking, starting with my own. Often investors fixate on the equity markets. But in global macro, there is so much more. There are FX and FI markets, often with a more direct play on macro themes that equities.

So, when comparing EM debt to US treasuries for example (I use tradeable proxies below), we can see that US treasuries have outperformed EM debt for the last 3 months after underperforming since the pandemic crash.

Obviously, one’s view on US inflation comes into play here. If transitory, US rates will likely stay low and US yields supported. If inflation becomes a baked in problem, US yields will rise, and bonds fall.

Interestingly, the DM/EM ratio discussed above tends to correlate well with the bond ratio too and tends to lead it by as much as a quarter. As such, if the short-term trend on the equity ratio follows through, I would be looking at US bonds underperforming EM bonds going into year end.

This does not square with my view of transitory inflation which is why I am watching this closely. The charts never lie right? 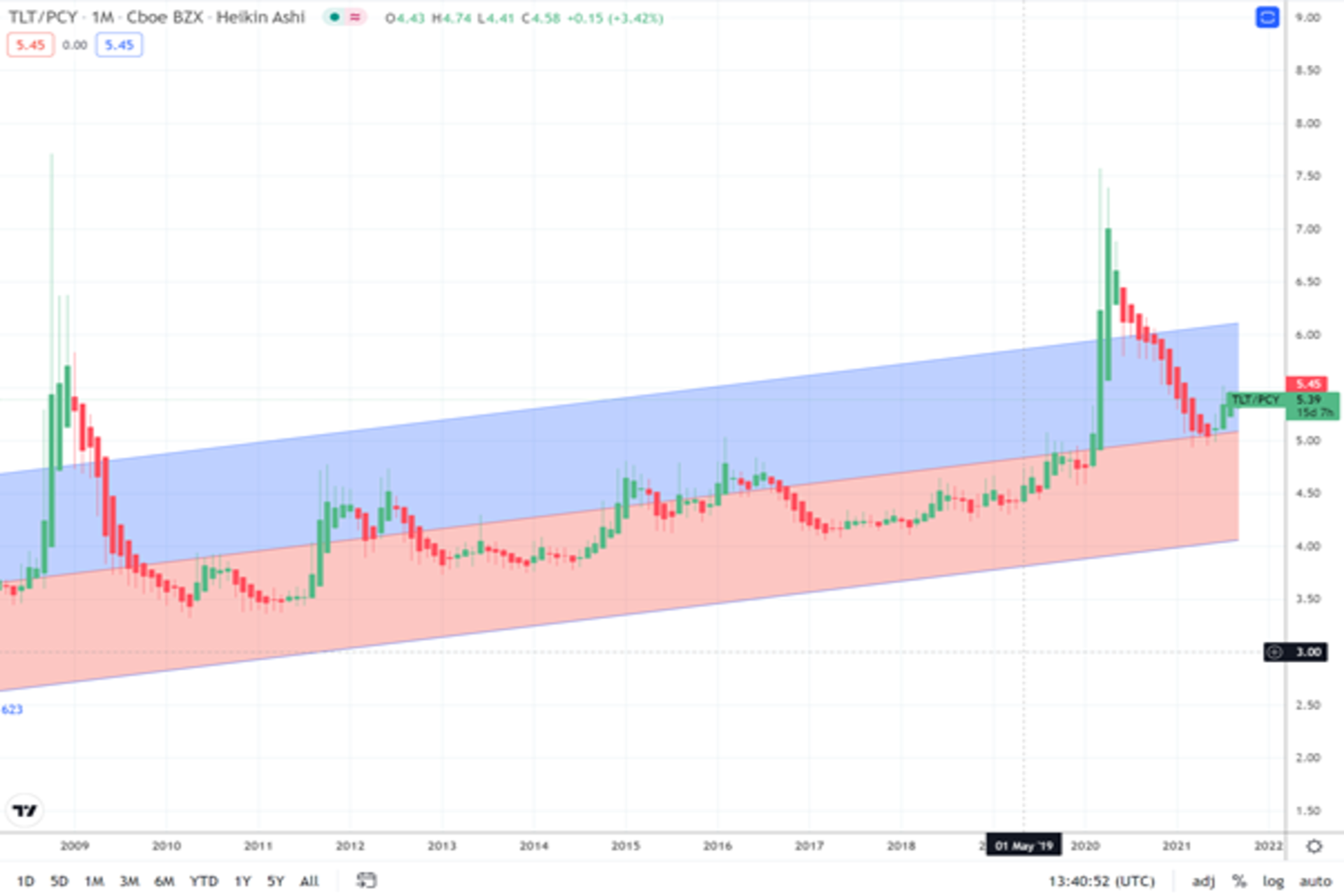 Lastly, I would be remiss in not including the elusive ‘gold’ to this discussion. Gold has been the conundrum. Again, long time readers know I hold gold as the ‘doomsday hedge’. Maybe I’m a kook with a tinfoil hat but what can I say, I like the shiny metal. 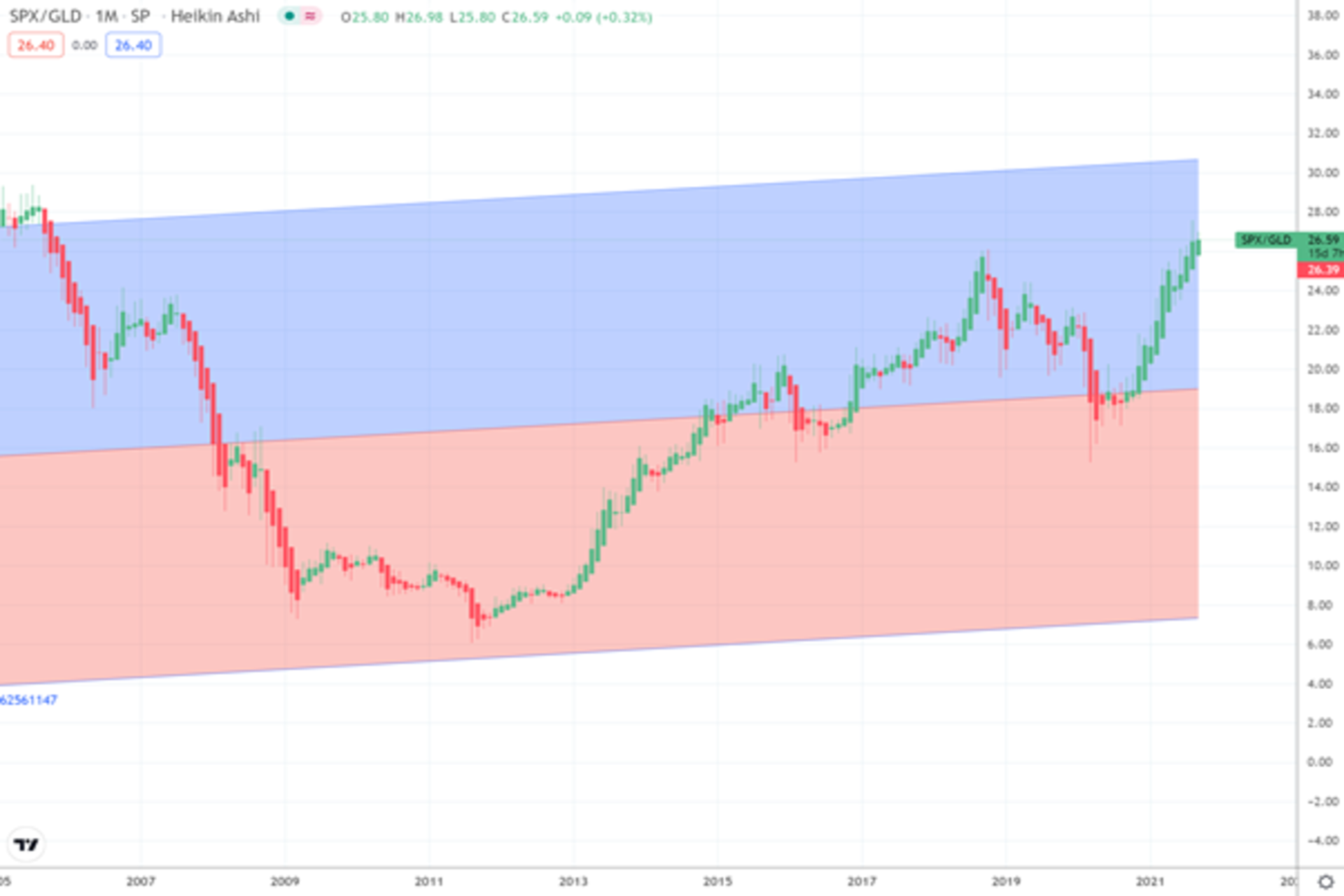 Gold has underperformed the SP 500 spectacularly. Gold isn’t sure if it’s a reflation or deflation trade. It’s current run at underperformance against equities doesn’t quite look done. Plus, equities pay dividends while gold costs money to store, etc.

I won’t add here because I’m long already but if this indicator kicks lower, it may be a precursor that the next trend may well have gotten underway… and that to me is a lot more interesting than the generic SPX wedge charts we keep seeing on social media.

Let me know your thoughts by email or hit me up on twitter @MohammedNalla. 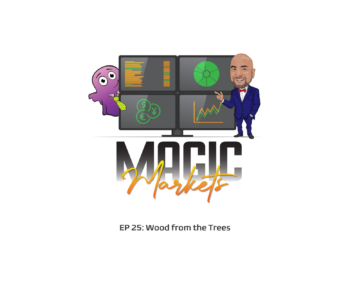 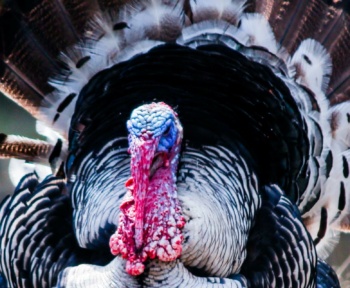