This is not all about Gamestop but it’s where we will start. It’s the classic tale of David vs. Goliath. Who would have thought that thousands of retail investors could stick it to the big hedge funders? In case you missed it, its all the news this week as Gamestop Corp rocketed from relative obscurity around $10 a share in December to soar over $240 a share in after markets trade yesterday. Most of those spectacular gains being seen over the last week alone! The stock is up over 276% in a week and over the last year by a staggering 3415%!

Lets take a step back. Who is Gamestop (GME)? They operate a multi-channel video game, consumer electronic and collectibles retail business in the US, Canada, Australia and Europe. Pre the ‘Pump’ they were a small cap falling below most radars. Revenue has been falling for years and earnings went negative in 2018. Even the most optimistic analysts who bought into the turnaround plan were only expecting a return to the green by 2023.

Around mid-January, Citron Research, noted for issuing their views on companies they consider good ‘shorts’ aired a video indicating their view. Usually Citron would have a sound basis for their short thesis, indicating concerns around corporate malfeasance or similar. Except on GME, their thesis was a more staid ‘bad quality company, bad brick and mortar model’ etc. This raised the ire of the ‘retail investor vigilante’.

Citron weren’t alone. Enter Melvin Capital, a hedge fund with around $12bn AUM who also thought that this business was worth shorting. For those unfamiliar, shorting is when an investor or trader bets on the value of a stock falling and in order to gain from this, they borrow the stock from someone who holds it and sell it into the market. If the price of the stock falls, they buy it back from the market later and return the stock to the person they borrowed it from, hence profiting from its fall. Makes sense.

What Citron and Melvin Capital (as well as any other short seller of GME) didn’t count on was the power of social media… In fact just prior to the explosive surge in the stock, the net ‘open interest’ of short positions was well over 100% of the total ‘float’ of GME stock in the market.

Enter ‘Wall Street Bets’ (WSB). WSB is a sub-reddit which aggregates news and content related to markets. Content is submitted by a variety of users making it a potent ‘discussion board’ for all sort of market activity. WSB and activist retail investors in general, tend to take exception to short sellers, seeing them as unpatriotic and contributing to market inefficiencies. Along the line of this view, WSB took it upon itself to take a contra-position to short sellers in GME. Through the purchase of OTM long call options (I wont go into the detail here), retail investors began taking a long position (buying stock) in GME. As the stock price rose, this forced market participants (Melvin wasn’t the only one) to cover their shorts by buying the stock before it rose more….

The end result was spectacular with the stock rocketing as indicated above. Citron was forced to close its shorts and Melvin Capital has had to be bailed out and while the dust hasn’t settled yet, it is likely that there will be an SEC investigation into this debacle to determine whether any parties involved are liable for market manipulation.

What Bigger trend does this incident highlight?

What this episode has exposed is the fact that Social Media has become a force in finance. FinTwit, TikTok investors, Wall Street Bets, the Robinhood traders and more are all just manifestations of what has effectively become the gamification of finance and markets.

As in many industries that have faced disruption over the years, the proliferation of technology has led to even greater democratization of realms which were previously considered the sacrosanct domain of a select few.

Finance is no different. The falling costs of trading, accessibility of high-speed networks and the general proliferation and dissemination of information has meant that the world of high finance no longer exists in its ivory tower.

A day trader today has more ‘free’ or ‘low-cost’ access to investment securities, data and trading capability than most trading desks had a decade ago. Trust me, I worked on a dealing room floor. Today from the comfort of my home, with my broker platform, I can access Equities, Bonds, FX, Options, Commodities and so much more!

I would argue that it started in the East. Over 10 years ago, investment professionals would refer to the Japanese retail investor as Mrs Watanabe…. Trading stocks and FX among Japanese ‘stay at home moms’ had become somewhat of a hobby and a non-trivial force, especially in illiquid markets and during illiquid time zones. The Google trends charts below show how concepts like ‘investing’ and ‘option trading’ have risen in prominence among search terms. Interestingly, South Africa often ranks quite high in the search rankings given the large scale of financialization in the SA economy.

Today, markets from East to West have their own incarnation of Mrs Watanabe, either as a Finance Bro or TikTok Investor. COVID Lockdowns have potentially exacerbated the trend as people stay home and look for things to do and ways to make some money too! The rise of platforms like RobinHood have made ‘trading’ fun by introducing cute graphics and a reward system to their clients.

These features are foreign and alien to someone who has gone through the mill in investment banking and traditional dealing rooms floors, but it is the feature of markets in our time. The rise of millennials and increasingly Gen Z as a class with increasing disposable incomes and increasing degrees of financial participation are only gathering steam.

Whether these traders know what they are doing (there are some cringe-worthy videos on TikTok about buying stocks because they go up and selling them when the go down), is immaterial. The materiality comes from the point that the democratization and gamification of finance has meant that millions of ‘minnow’ traders now have the ability to ‘take down’ the great white sharks of finance (hedge funds) and possibly even the whales (institutional investors).

The domains of real money and smart money symbolizing traditional large asset managers and funds are being invaded by fast money and FinTwit. It is not unlike the revolutions during the Arab Spring which were arguably fueled by Social Media and the ability to mobilize the masses. The old era aristocracies need to listen… the masses are on the move and it may not pay to bet against the herd.

Sure, there are many smart investors and traders out there. And they are getting smarter as information and tools become more widespread. However, I do maintain some disdain for the fact that masses of non-professional, non-trained traders are in the driving seat.

It may be seen as the equivalent of taking the opinion of millions of people (who google medical advice) for your medical diagnosis rather than seeing a doctor. Maybe that’s just me, I’m a trained finance professional, maybe I’m just talking my book? Yes, many of these ‘traders’ often have more leverage than they understand and are trading in increasingly complex securities under incorrect disclosures on their part (brokers need to ascertain experience before allowing trading in securities like options, etc.). And even if some of them wipe themselves out, as a collective, more will rise up in their place, like the proverbial heads of the Hydra.

Regardless of the disdain for this condition, I am aware and cognizant of the power they represent. There is strength in numbers. It reminds me of the scene in Finding Nemo (I have young kids, no judgement) where Nemo convinces a school of fish caught in the net, to all swim together in a unified direction in order to break the hold the fishing trawler has on them. It works!

So what’s the message?

I certainly wont be following trading advice from sub-reddits or TikTok investors unless they are experienced professionals who understand the complexities of what they are dealing with. That is not to say that there aren’t some smart and self taught traders I wont follow or have a discourse with.

In fact one of the best traders I had the privilege of working with when I was still a young pup, was actually a self-taught trader who was a teacher by profession. Finance is not only for those who study finance… but it does require you to educate yourself and not follow blindly. That’s what Moe Knows is about… lets learn together!

I will keep an eye on trends. I will keep my ear to the ground and keep a beady watch on what the ‘Finance Bros’ are saying and doing even if it is a means to ensure I am not caught on the wrong side of the herd.

BUT, most importantly, I will not be caught up in the frenzy either. I have a process and I have a philosophy I follow when considering investments. I probably wont catch a GME stock long and gain 3000%. But I aim to sleep better at night, and that comes from understanding my risk and my tolerance and sticking to a discipline. For me, finance is as much about behaviour and discipline as it is about numbers…. Investing and trading is not a game for me. It is a lifelong passion in which we can only spend our time refining our form and seeking to get better and perhaps that is what the collective should aim its immense energy toward! 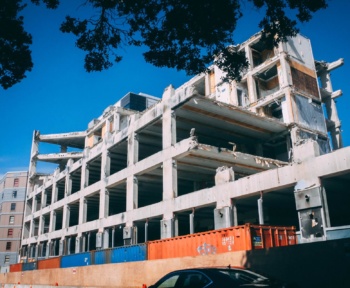 (N)Evergrande and the mountain of Debt