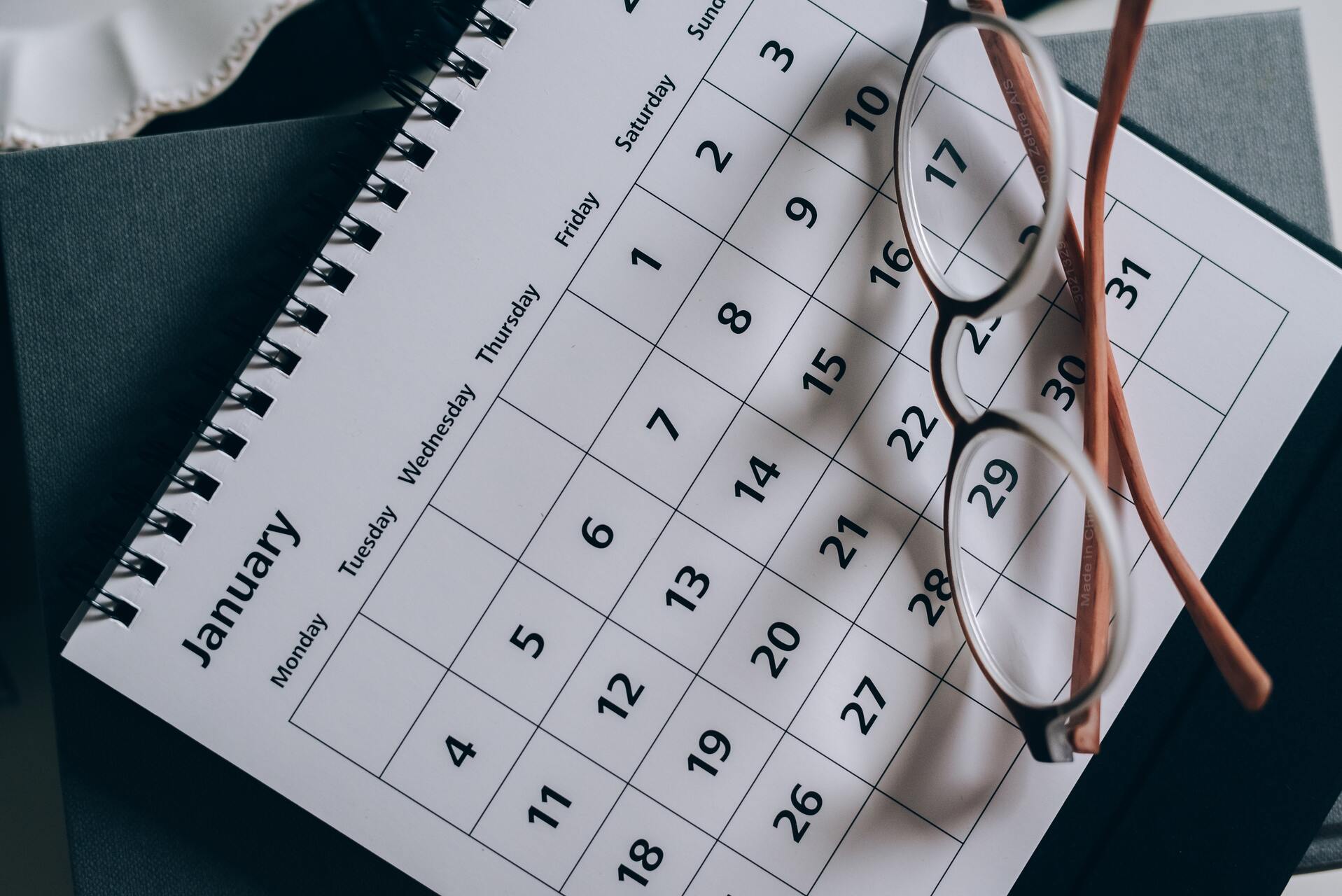 It’s the Fed day as I write this. The last meeting for 2021. The market is a little riled up. But again, much of what we see playing out today is a product of much telegraphed messaging and trends which have been playing out for sometime. If you do nothing, check out the video at the end of this post and let me know what you think!

That said, it is a reflective time of year. This will be the last article for the blog for this year after which I will be taking some time to reflect and recuperate and plan for the year ahead. I often note that the ‘year end’ is actually an arbitrary line in the sand. Trends continue and cycles persist. Its not as though magically, at the turn of the calendar that all things reset.

That said, it is worth taking stock of some of the views over the last year. What worked? What didn’t. I also always say, we are all learning.

Hindsight is always 20/20 (or in this case 2021). Pardon the bad dad joke. I like to go back to last year this time and look at the charts and what we were expecting. Did it pan out?

Last year this time, the S&P 500 had just pushed to a record high over 3600! In a pandemic year. It was surreal. It has taken out the February and September peaks and the sky was the limit but warnings were all around. Who would have though the trend is your friend suffice to say, we are now a year later and around 28% higher! That’s stellar.

The US 10 year was just below 1% and it would take just a couple weeks into 2021 to push into the 1% and above range. We’re solidly about 50bps higher than we were this time last year. We also have a change in policy stance. Central banks are actually contemplating and executing on slowly pulling back on easy policy.

The economy has run hot. Inflation has ticked higher. Supply chain constraints have bitten. The US remains in rebuild mode but there is a lot broken. China remains on the front foot geopolitically but has upset many apple carts by cracking down on its own corporates in an attempt to align to Chinese strategic objectives.

2021 was the year of vaccines but we end off the year with another variant. Will this be the twilight of the pandemic or will it linger until next year this time? There was the billionaire space race, but it wasn’t only Bezos to the moon.

Crypto, NFT and the metaverse were all rockets of their own. But does gravity bite or do we find them sustainably in orbit?

What we must always reconcile ourselves to is that life and investing is always about uncertainty. Its why there is arguably ‘excess return’ for the additional risk that investors are willing to take with their capital. Sometimes fortune favours the bold, sometimes it doesn’t. The trick is to continually improve and build resilience through the different cycles.

Some of my biggest mistakes this year which will occupy my ‘down time’ of reflection is that I was not a China bear. This has been an expensive trade but thankfully, risk management means that it isn’t a fatal one. I remain invested in China but have to give the ‘how’ a long hard think.

Then there’s inflation. I also believe that in a technical sense, inflation will be transitory and in fact, perhaps the Fed’s capitulation around now is lending some additional strength to my view. Let me contextualise this. I believe in physical assets. I believe that there is a lot of monetary debasement. So I believe that inflation in the longer term is a story of money devaluation.

That said, in a technical (or semantic sense) only, does inflation become transitory in that it’s a rate of change which I would see ease back after establishing a higher base. Its because I don’t think that this continues at this pace ad infinitum. However, as some critics will suggest, if I have to explain the view to this level, I’ve lost the argument. Lets see.

Arguably, one of my larger mistakes this year was not taking enough risk. That’s perfect in hindsight but at this time last year, I was happy to take some money off the table. Its been costly in ‘opportunity’ cost but little else and is probably the one decision or ‘mistake’ I am most comfortable with.

On the last point, actually, it worked out rather well when I look at how and where I trimmed exposures. Lets rewind. At the start of the year, I was feeling a little left behind. My conservative asset allocation meant that I felt I was lagging in returns. I’m human. I decided to ‘scratch the itch’ and with a speculative portion of the portfolio, I added in the YOLO stocks.

This wasn’t the gamified YOLO’s of Gamestop or AMC but I invested in lots of small fintech stuff, I invested in biotech stuff and I invested in EV marginal players. Around the peak of what I will call the ARKK bubble in and around Feb last year, I was invested in a whole host of ‘REALLY EXCITING’ stuff.

But the problem was that at the risk of sounding like a prominent US talking head, I didn’t actually know what I was invested in…. now we’re in dangerous territory. Thankfully, Investing isn’t just taking a position at the start of the year and holding it for the calendar year. (I was short oil and long China tech and if I had to hold that through the year I was dead!)

Don’t be afraid to be honest with yourself

As such, in and around May, I relooked at my YOLO spec stuff and decided that it wasn’t me. It wasn’t my style, it wasn’t my strategy and unless I could hand on heart know what I was doing in the space, that the spec part of the portfolio was as bad as black or red at the casino. I cut the positions (at reasonably large losses) and never looked back. Its mostly been for the better. An example is my holding of insurance fintech darling Lemonade which I held around $120, sold in the 90’s and well now its 42.  A similar story with Schrodinger.

Sometimes, the position is small enough that it just becomes a worthless option. A good example of this is Chinese gaming stock HUYA which I (unfortunately) still hold. It made me money… and then it didn’t. At least with this one I knew what the company did. That said, from $30’s to $6.80 is a serious Ouchy! At a third of what was a smallish position, its now a perpetual call option. (Curious to hear views from readers on what you think one should do in these situations).

The winners have been champs

Thankfully, the bulk of the portfolio is in quality assets. My partner in Magic Markets, The Finance Ghost, always teases me about being a ‘Boomer’. And ironically, it’s the Boomer stuff which saved my year.  I’ve been invested in some quality blue chip stuff.

Some other quality businesses which aren’t blue chip but are below the radar. A couple in the REIT space, which has been a nice dividend underpin. I’ve loved Microsoft, NFLX, Moderna, Pfizer, United Health and more.

I found quality ways to play the same macro themes I thought I was getting in hyped up YOLO stocks. I found myself and refocused on my strategy and I am hoping to do more of the same in 2022. If you want to hear about my stock specific views and how I analyse investments, please check out Magic Markets Premium where we share our process and views with subscribers.

For now, that’s it for the blog for this year. Magic Markets will continue for another week or so before we take a break there.

Next year, I will be trying a few different things with the blog and perhaps taking a more visual approach. Perhaps some videos. For now, I leave you with a nice blast video of 2021, the year that was to contextualize how the headlines may shape our psyche but its important to keep your wits about! Have a great festive season and we will chat next year. 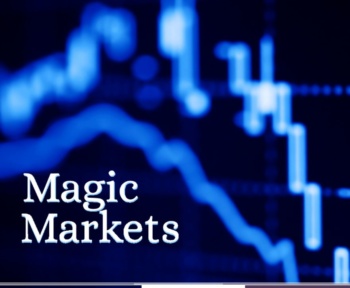 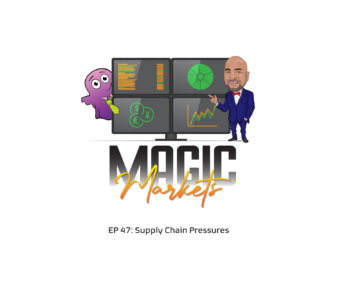