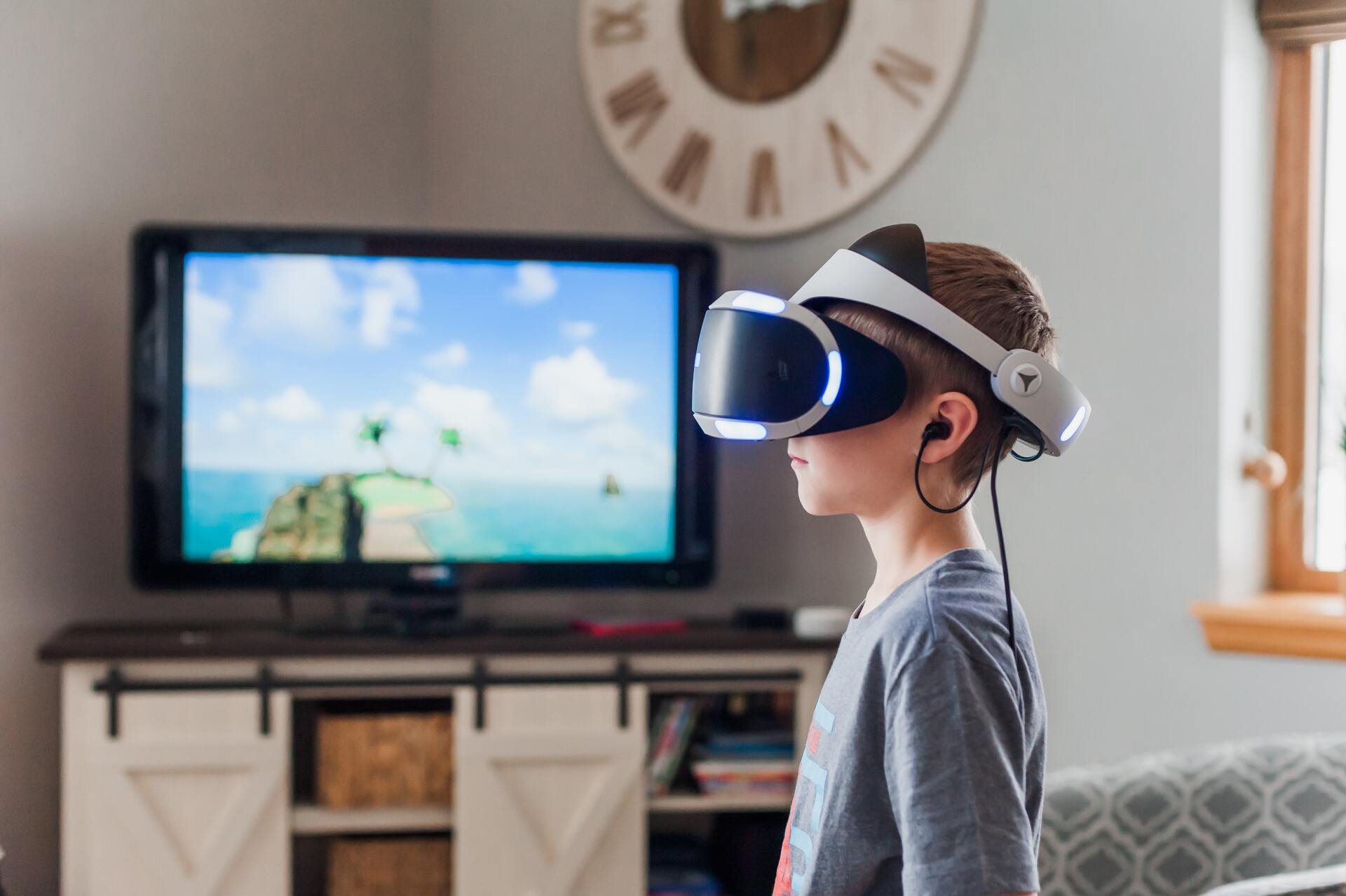 What a week this has been for the crypto universe… at the time of writing, Bitcoin is breaking to a new all time high, surpassing its highs set in early 2021. We have also seen the listing of the first Bitcoin ETF in the US.

Yes, the US has been behind the curve on this. Canada has had Bitcoin ETF’s since February 2021 when Purpose Investments launched both a USD and CAD based Bitcoin ETF.

But, ProShares have now launched a US based ETF backed by Bitcoin futures indicating increased accessibility and acceptability. In fact, rather timeously, I spoke to Nerina Visser of etfSA about this just last week. Listen to the etfSA podcast here.

But this post is not about crypto currencies. Its bigger than that. Just today, Facebook announced that it will be rebranding and renaming itself to better reflect ‘The metaverse’. But what exactly is the metaverse?

Well, for a more Gen Z and younger audience, you may be rolling your eyes at this stage. (Yes millennials, you are too old already).

In a nutshell, the metaverse is a virtual world environment which people can share via the internet. In short, it’s the online world which with the enhancement in virtual reality, is becoming an increasingly immersive experience.

But its more than just walking around in a psychedelic avatar able to take in increasingly ‘trippy’ virtual experiences. This is not a new concept. I recall all the way back in 2003, a virtual world created called ‘Second Life’ developed by Linden Labs. But Second Life was an idea perhaps ‘too far ahead’ of its time. I struggled to access it with my dial up modem and rudimentary PC at the time. But with increasing bandwidth and enhanced telecommunications technology, perhaps the time of the ‘metaverse’ has finally arrived.

These virtual ecosystems have given rise to an entire virtual economies. There is a proliferation of online communities. Some of the most notable are Decentraland and The Sandbox. But don’t forget the likes of Roblox which is initiating the entire concept of a virtual world for a much younger audience.

Already, ‘real estate’ sales in these virtual worlds have gone parabolic. This chart below is a little dated but shows monthly sales volumes of ‘land’ in Decentraland surpassing $4m a month in the earlier part of this year! 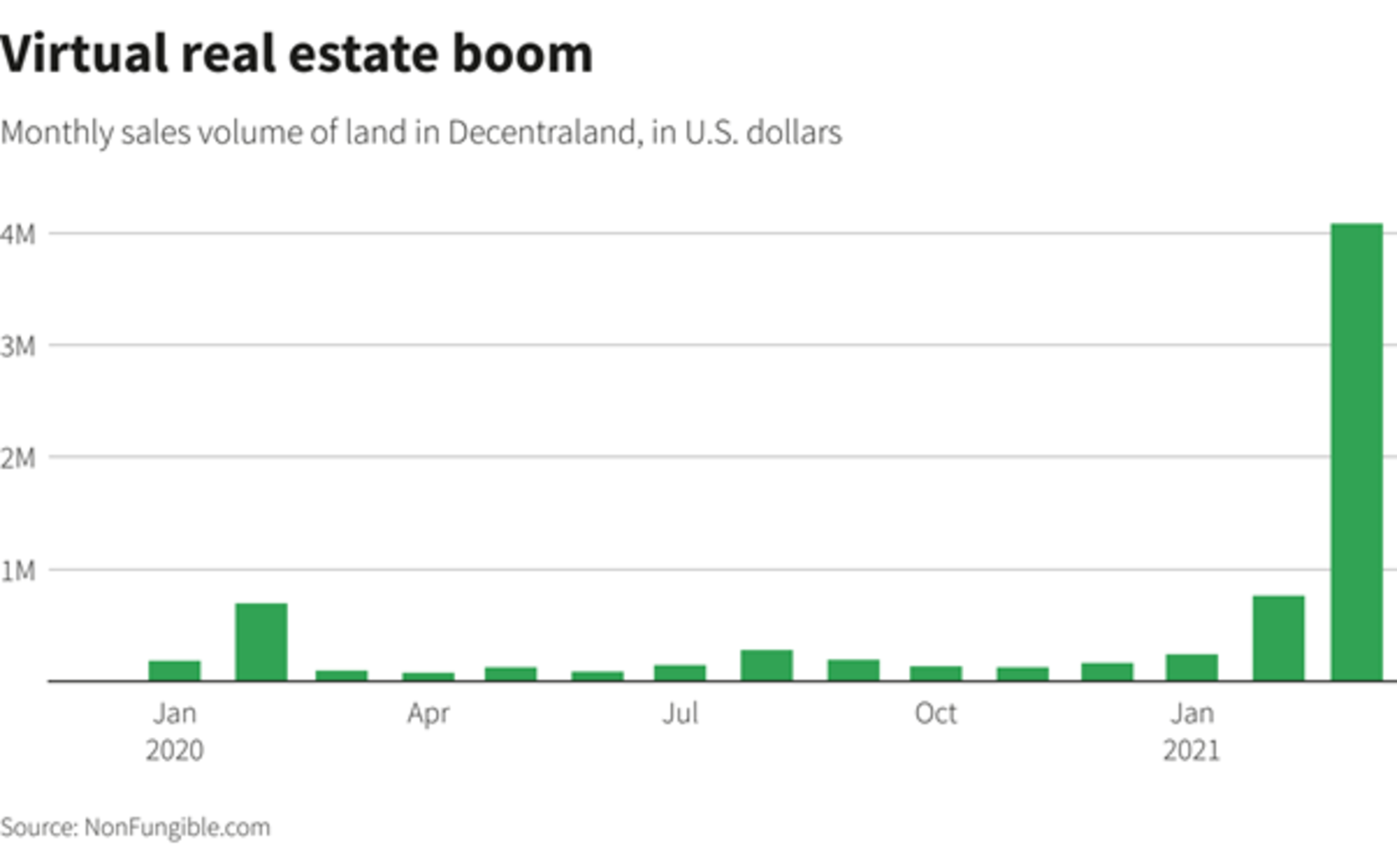 The logic behind early adopters was that as these virtual worlds become more mainstream, that ‘real world’ companies will seek to obtain a piece of the virtual real estate for largely similar reasons. ‘Foot count’ and visibility of prime digital locations make for prime advertising space.

Prices for specific parcels of land in Decentraland have reportedly run into the hundreds of thousands of dollars!

Beauty is in the eye of the beholder 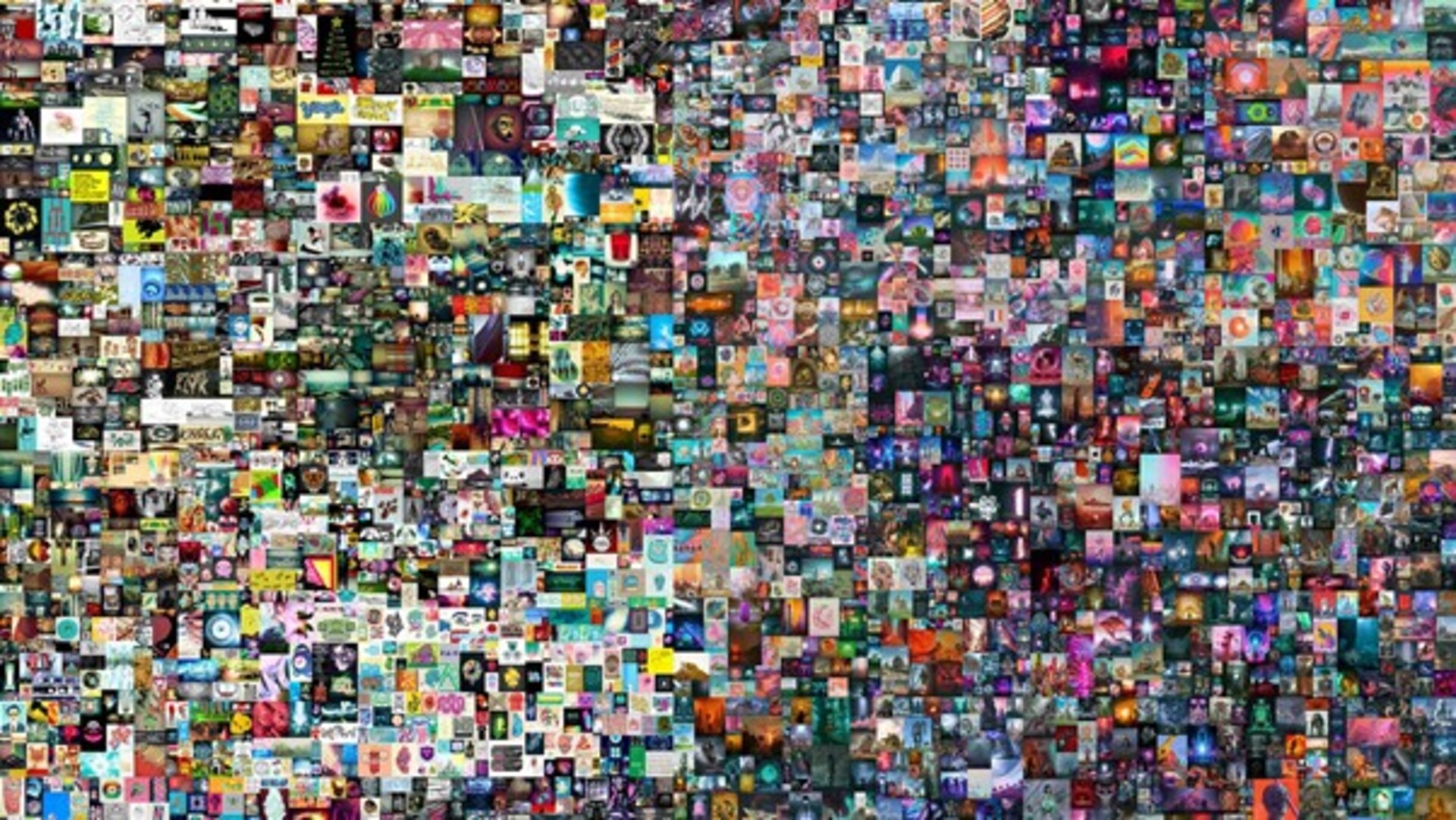 Earlier this year, Beeple’s (Arguably the most famous American digital artist) “Everyday’s – The First 5000 Days” sold for $69 million. Up until the latter part of 2020, Beeple was largely unknown and hadn’t managed to sell a print over $100. ‘Everyday’s’ has set a limit as the most expensive NFT so far.

Again, for the reader unfamiliar with the concept, an NFT or Non-fungible Token is a digital asset who’s authenticity and ownership are verified via the blockchain. Esoteric I know but no different to assigning ‘value’ to a piece of conventional art. Yes, a piece can be replicated, but so can ‘prints’ of the Mona Lisa.

That way, we can all enjoy the art, but only the Louvre owns the Mona Lisa and only one person will OWN the NFT of “Everyday’s”.

Now, I think its actually an impressive piece albeit with some disturbing elements. But if you’re interested in what lies within the 5000 images of the composite indicated above, check out this link.

This virtual and digital masterpiece is currently owned by a Singapore based crypto-investor, Vignesh Sundaresan, who intends to showcase the piece in a series of virtual galleries, further mainstreaming access and acceptability of virtual art, non-fungible tokens and digital assets.

Convergence of digital and physical worlds

With the increasing convergence of our virtual and physical worlds, the blurring of the economic lines will increase. Crypto currencies are used and created by these metaverse worlds. Metaverses like Decentraland have their own currency (MANA) while others use independently established cryptocurrencies.

Users are converting real world dollars into digital currencies. Buying and trading digital assets (art, real estate) and other forms of digital assets like clothes for their avatars, etc. They can transact seamlessly in these worlds and when they choose, may be able to sell those assets and convert their money back into real world (fiat) currencies.

This fungibility of virtual and real is increasingly becoming a feature and will mean that conventional investors would do well to familiarize themselves with the key concepts in this space. No, it’s not everyone’s ‘cup of tea’ but as a younger generation, incubated in technology from an increasingly young age, come into economic maturity, their participation in these virtual worlds will have very REAL physical world consequences.

It is even more telling that a company like Facebook is now dedicating itself over the next 5 years to building out this space. Facebook is not alone. Microsoft has also thrown significant investment at virtual reality. Big Tech is about to get a lot bigger and the size of the Metaverse is only confined by the size of the servers.

And so for the uninitiated in a world of crypto, NFT’s and virtual worlds, it’s high time to ask “What the Heck is the Metaverse”. 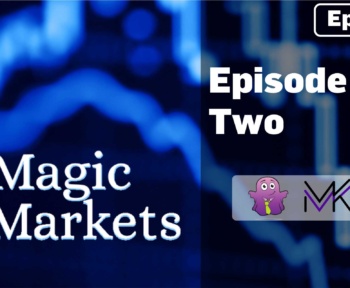 The second episode of the Magic Markets podcast is now LIVE! 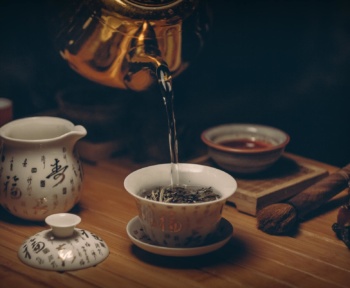 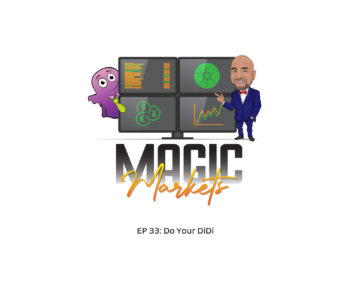 Magic Markets – Ep33: Do your DiDi